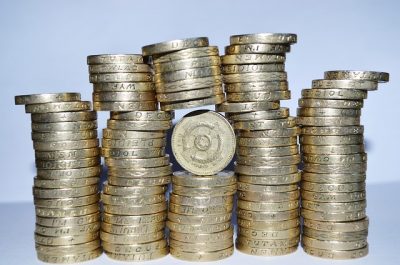 It’s always our mission to deliver the latest news affecting tax, the economy and government policy on finance, but possibly there has never been so much uncertainty, with changes being announced left, right and centre. Now things have settled – at least for the short term – let’s take a look at what was announced in the September 2022 mini budget, and what’s changed since.

The mini budget saw the then chancellor announce the cancellation of the UK-wide rise in Corporation Tax, which was due to increase from 19 to 25 per cent in April 2023. This decision has now been reversed, so companies with profits in excess of £50,000 will be liable for the higher rate of tax from next April after all.

A cut in the basic rate of income tax from 20 per cent to 19 per cent from April 2023 was announced during the mini budget.

The 45 per cent higher rate of income tax was also abolished for workers earning more than £150,000.

Since this announcement, the plan to scrap the 45% top rate has been set aside, and the plan to cut income tax by 1 per cent has also been called off indefinitely.

The 1.25 per cent rise in National Insurance, which came into force in April 2022, will be reversed from 6 November, and the government will pull the planned levy to fund health and social care.

This change, so far, is to stay in place. The funding for health and social care will now come from general taxation.

The increase in the National Insurance threshold, which came into force in July, will remain the same.

The rules around Universal Credit have been tightened, with benefits set to be reduced for those who fail to fulfil job search criteria. People claiming Universal Credit will be required to take steps to seek more work, or face having their benefits reduced.

Jobseekers over 50 will be given additional time to work with coaches to help them get back into the job market.

There are no changes to these announcements.

From 23 September, the amount a residential property purchaser in England and Northern Ireland can pay before they become liable for Stamp Duty Land Tax (SDLT) (the nil-rate tax threshold) increased from £125,000 to £250,000.

The measure, which to date remains intact, means that all individuals purchasing residential property on or after 23 September 2022 will pay less or no SDLT.

Rules which place a cap on bonuses for bankers were set aside in the mini budget and this so far is still the case. A package of regulatory reforms is expected to be announced this autumn.

Whilst the planned duty increases are unaffected to date, the VAT-free shopping has now been reversed

Need Help Keeping up with the Latest Tax Changes?

The tax and regulatory landscape has always been prone to change, but perhaps never before so much as in recent times.

If you are struggling to keep up with government changes affecting your taxes and regulatory obligations, Office Assistants can help. Our regular bookkeeping service is designed to keep you on top of everything, so that you never have to worry about being compliant.

To learn more about how we can help, please get in touch.

Sign up to our regular Office Assistants newsletter and get special offers and discounts.